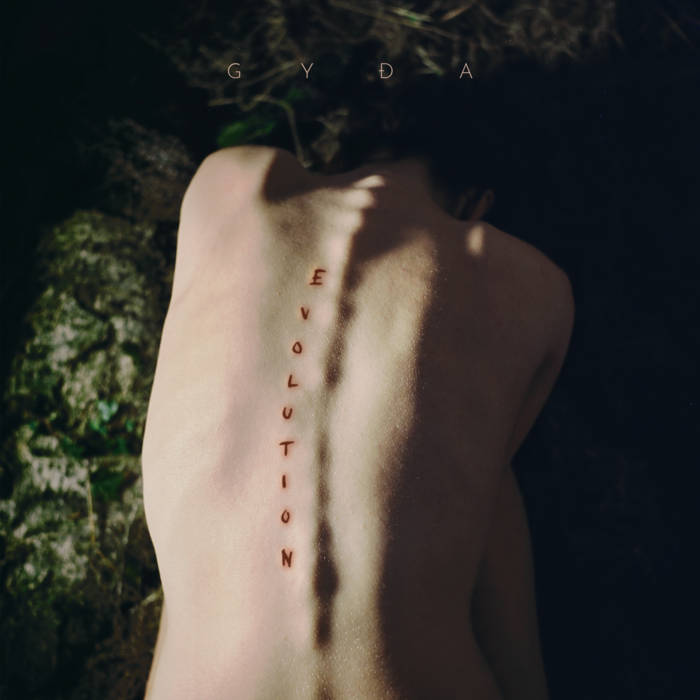 Thomas Haugh An utterly captivating invitation into a soul that is tempered by nature at it's most elemental and is gilded in a sublime elliptic light. At times fragile and feather-light but all the while playing host to a gathering of restless spirits that bodes delight and mischief in equal measure, swooping kite-like in a unique wind storm of Icelandic sound and voice. Favorite track: Rock.

Gyða Valtýsdóttir came to prominence with electronic experimentalists múm, the lauded Icelandic group leading the charge in the country’s fertile underground scene in the early 00s, rightfully gaining international recognition. She left the band to pursue her studies as a cellist; gaining a twofold Master’s degree from Musik Akademie, Basel, both as a classical player and a free-improvisational one. Since then she has journeyed with a colourful palette of collaborators, including The Kronos Quartet, Josephine Foster, Damien Rice, Colin Stetson, Jónsi (of Sigur Ros fame), Skúli Sverrisson, Ólöf Arnalds, Ben Frost, Aaron & Bryce Dessner (from The National) and visual-artist Ragnar Kjartansson. To name but a few.


In 2017 Gyða released the album Epicycle worldwide, a constellation of pieces by the likes of Schubert, Schumann and Messiaen but also more experimental composers like Harry Partch and George Crumb. The music within actually spanning two thousand years, as it also included a work by 12th Centrury abbess, polymath and composer Hildegard von Bingen and “Seikilos Epitaph”, the oldest surviving complete musical composition, dating from around 100 AD. The music was given to Gyða’s unique interpretation, where she reached into the core of the music, swaying it instinctively – and creatively – making for an astounding work that garnered deserved praise from critics. The album topped “end of the year” lists in her native country, received awards and accolades, inspiring one of Iceland’s most esteemed music critic to declare: “Here we have the rarest of things, an utterly unexplainable magic that goes way beyond the music itself, tugging ones heart forcefully.” General reception actually echoed the artists hope that the “record would quietly dissolve walls by simply not sensing their existence.”


Gyða’s new album, Evolution, features her original compositions and was co-produced by Alex Somers. Other collaborators were Shahzad Ismaily, Albert Finnbogason, Aaron Roche, Julian Sartorius and Úlfur Hansson. The recordings took place in New York and L.A., in two 10 days sessions with a day off in the middle. The process was a healthy one, both physically and mentally, the main pillars being good food, green tea and pre-session meditation. The flow in the album then, perhaps not surprisingly, is exquisite and almost otherworldly. Not unlike the predecessor, but make no mistake, the pastures are new and unexplored, Gyða bringing out her artistry and vision unadulterated. Strings swirl, electronics hums gently, voices enter – and then exit – gracefully. This is a sturdy yet elegant album – delicate and powerful at the same time. Gyða’s distinctive vocals remain in the foreground, her cello always inventive and highly personal, underlining a dignified craftsmanship. “Etheral” is a word tossed around, perhaps irresponsibly, but never has its true meaning been as apt.


The best art seems to be something that rises from the unconscious, a force we can’t really fight, only succumb to. As Gyða states herself: “Evolution was an effortless birth. So much so that I thought - is this allowed! I have always given value to blood, sweat and tears so this was a new process for me. Whenever I felt even the softest touch of resistance, I let it guide me in other directions. The work didn’t listen to my suggestions of it being a little more this or that. In the end it decided its own course and it was genuinely uplifting to simply surrender to its demands.”

Gyda Valtysdottir has been active as a musician since her early teens when she co-founded the experimental pop-group múm in the late 1990's.

Classically trained, Gyda has created music for films, installations, dance, among many other creative ventures, possessing a rare range of musical experiences which creates a unique alchemical compound. ... more

Bandcamp Daily  your guide to the world of Bandcamp

Benji B talks about his new compilation ‘Deviation Classics’